An Aussie rapper put on a wild show at a concert in Melbourne, cutting lines of white powder before snorting them in front of his devoted fans.

The seven-song album shot to No. 1 on the ARIA charts in February after its release.

Huskii’s hundreds of dedicated fans were greeted by a heavy police presence in Melbourne on Wednesday night when they arrived at Max Watt’s House of Music concert venue.

Onlookers said they witnessed at least one stabbing, numerous fistfights and people tagging and graffiti on nearby buildings.

Victoria Police confirmed they made three arrests outside the event, including a man and two women. 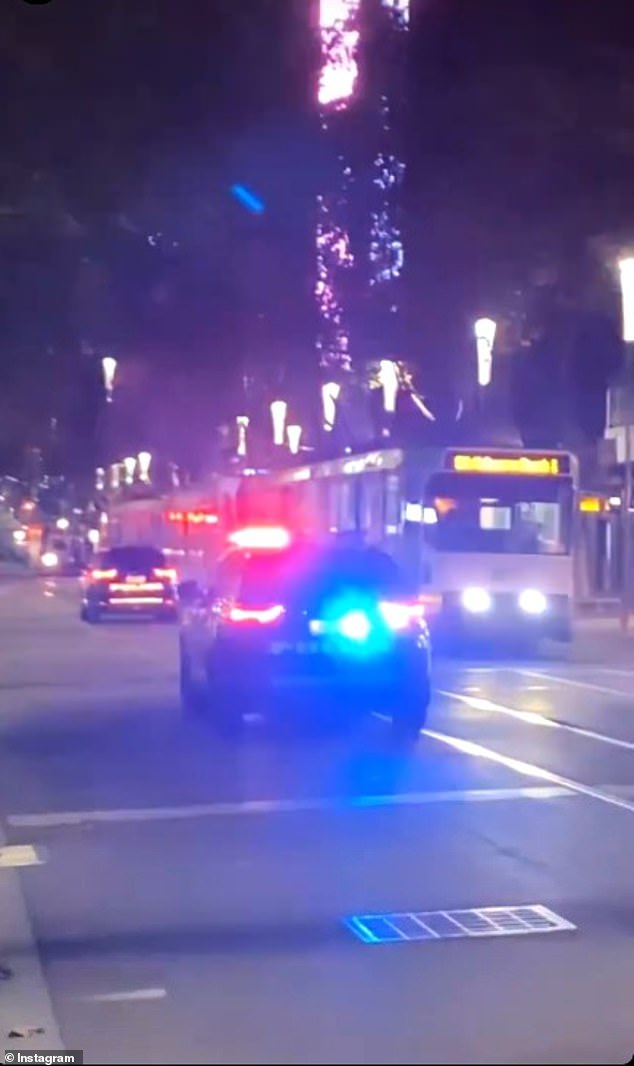 Police outside the site, responding to reports of violence

Huskii, who has spent several stints in prison, has taken to Instagram multiple times to document himself smoking marijuana, partying and snapping photos with friends backstage.

‘Oi! Someone got stabbed in front, it sucks to be you, so it’s probably going to take a while for people to get in, but we’re waiting,’ he said in an Instagram video.

But it was when Huskii took the stage that his party seemed to kick up a notch, with the rapper posting videos of himself cutting a number of lines of white powder before sniffing them on the mirror tile.

The move was popular with his fans, who cheered the rapper after he threw the tile. 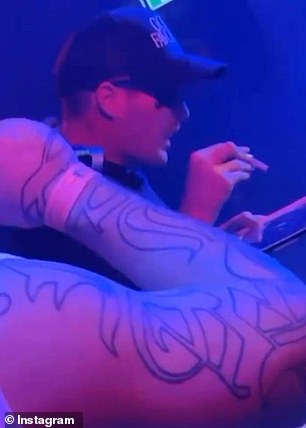 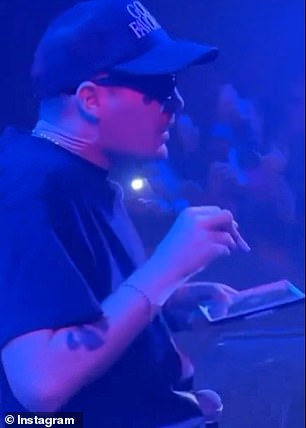 Huskii then surfed the crowd, surrounded by his Melbourne fans, desperate to reach the rapper.

A Victoria Police spokesperson said they had not yet received any reports of incidents at the event.

However, arrests took place outside.

“There was an incident outside the event where police attended an address on Swanston St, Melbourne at around 9pm after reports of an agitated male,” the spokesperson said.

“Officers have been advised that the man has been refused entry to approved premises and has become aggressive. Officers approached the man outside the premises and noticed a knife in his pants. A fight ensued and the man was arrested.

“Two women who interfered with police during the arrest have been taken into custody for assaulting police and being drunk and disorderly.”

Huskii, born in the NSW town of Wollongong, has spoken on several occasions about his difficult upbringing and how he used his music as an outlet.

In an interview with Rolling Stone Australia in February, Huskii said he wondered about the cancellation of his tour.

Huskii told the magazine he was left in jail longer than he should have because of Covid.

“I have been to jail twice since (2020). I think they were just screwed up because of Covid, and the courts weren’t working, the trials are off, and I was sitting there trying to get bail for six months,’ he said . 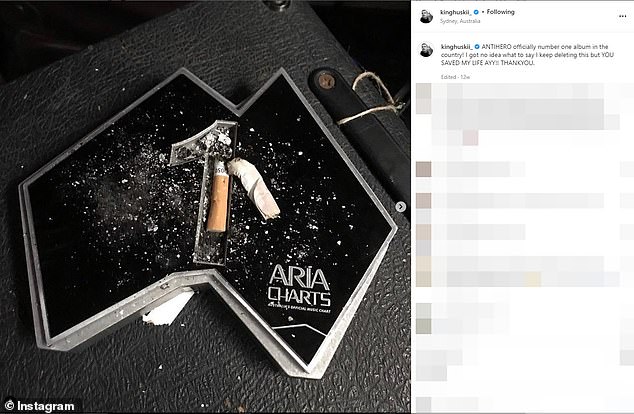 Huskii celebrates his No. 1 spot on the ARIA Albums Chart by using the plaque as an ashtray 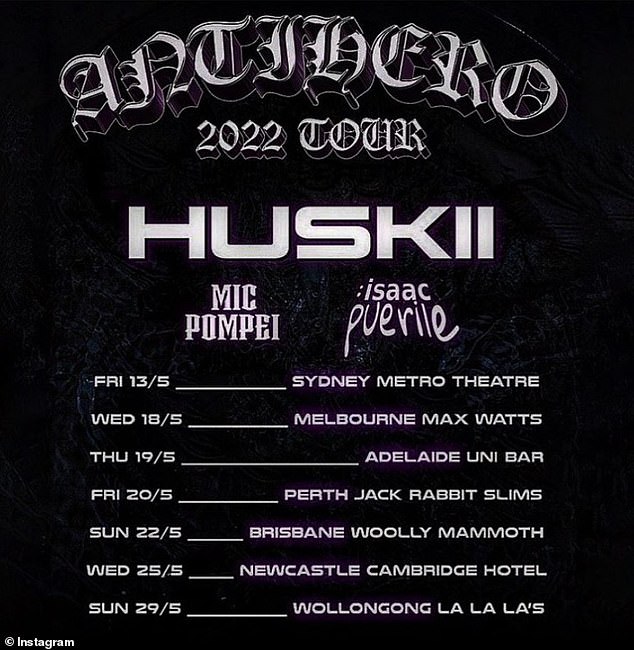 His tour of Australia sold out immediately after his announcement

The rapper also admitted that he hates performing.

‘I hate it, man. I hate him for about a minute or a second. But the day before, the days before, I make my face,’ he said.

“Sitting in random hotel rooms across the country, stressful. It’s been a while too. To be honest, I also used drugs most of the time. So now that’s not an option, I’m screwed. I just have to be there… I’m going to be on it.