At 6 p.m. on the 29th, global fandom platform UNIVERSE released a teaser video for CRAVITY’s new song “VIVID” via the official SNS app and channel.

In the released video, CRAVITY transformed into supernatural power and showed energetic charm. The members dressed in all-white suits caught fans’ attention by pre-posting some of the rhythm songs as well as powerful performances.

In particular, at the end of the video, the appearance of CRAVITY left in a photo frame is reflected, and the sensual visual beauty carried in colorful and colorful colors in an achromatic space announces its own vivid world, further raising expectations for the main episode of the Music Video. 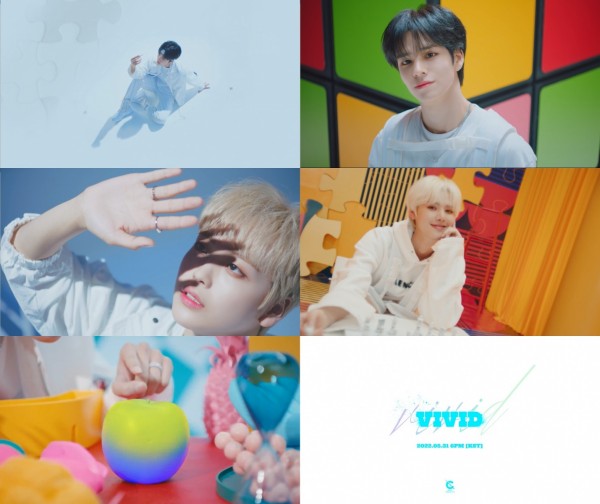 The new song “VIVID” is the 20th song featured by Universe, and has already released concept photos and trailers for “VIVID” to showcase CRAVITY’s cool and fresh mood. Subsequently, the main part of the music video to be released should add various energies and rhythmic fun.

Meanwhile, Univers Music’s new CRAVITY song “VIVID” will be released on various online music sites at 6 p.m. on the 31st.

In the released concept photo, CRAVITY transformed into nine superpowers and displayed bright and pure boyish charms. Serim, Allen, Jungmo, Woobin, Wonjin, Minhee, Hyungjun, Taeyoung, and Seongmin in their individual photos showed off their nine-person, nine-color charm in a tweed suit mixed with light blue and white tones under an emerald-colored backdrop. vivid .