Editor’s note: The following article is an editorial, and the opinions expressed are those of the author. Read more opinions on the Grio.

For the past few years – really, I don’t know exactly how many, but it could easily be a decade – I’ve been in a bit of a musical glitch. I went on a melodious scavenger hunt to find a song I heard many moons ago. Shazam, the song finder app that anyone who loves music probably uses, wasn’t available to me when I heard the song because, well, I left my phone at home. That day. I was among the crowds, easily among the billions, who heard a song they can’t get out of their heads except they don’t know the title or any of the words – just a man stuck with a melody and a broken musical heart.

You see, yesterday I found the song I was looking for. After years of searching Google and YouTube, even browsing radio playlists – true story – I came across the song in the car when my Apple Music randomly started playing a song from a band that sounded vaguely familiar with a voice that reminded me of the voice I vaguely remember the song. The victory was for me. But let me tell you a story about this song. 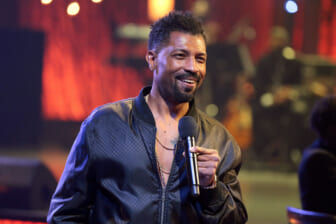 Years and years ago, I constantly listened to Howard University’s WHUR during the A calm storm. This served two purposes: 1) the music still sounded amazing, and 2) I was hearing songs that I might want to try and sample for music production purposes. For example, I still vividly remember the time I heard Phyllis Hyman “The answer is you” during the radio show. I almost lost my mind crossing the 14th street bridge. Luckily, I knew her voice, but had never heard the song before despite owning a few “best of” Phyllis CDs. But more importantly, I had my phone and my Shazam app close at hand. I discovered hundreds of songs this way. And I used that song to make a beat for one of the homies.

But what happens when you forget your phone at home on a quick errand to the store? I found this out the hard way, and it turned into a years-long wild goose chase. One night I’m in the car running down the street to the grocery store, and this song comes up that I absolutely loved. I grabbed my phone to realize I didn’t have it, but thought I should just sit in the car and wait for them to tell me the name of the song. They never did. I don’t know if I’m just that unlucky or sometimes they just don’t feel like sharing – which is rude – but that day I absolutely waited and never got a response. Now, at that exact moment, I ran home, found my phone, and started Googling what I thought were the lyrics. Apparently I was wrong since the results never found the right song. It’s no exaggeration to say that I spent hours that night trying to find out. I would do this randomly over the next few years, trying to put songs that had a similar vibe in hopes that YouTube would reveal the song. Then I started searching through Spotify hoping the algorithm would help me. Over time, I just thought the song was lost in my personal history and moved on. I literally haven’t heard the song on the radio since. 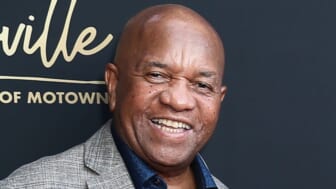 But one time, randomly, I was home, and there was a huge block party going on in my neighborhood with a DJ and lighting setups, brand new. One thing I can say about the frequent parties in my neighborhood, the music spans decades and all kinds of black music is represented. Well, one night this DJ cranks up the song, and I knew it because of the piano intro, and IMMEDIATELY grabbed my phone. I thought I had just struck gold and you literally can’t imagine how excited I was to find this song that I’ve been waiting, until now, for years. Except the DJ literally turned the song off for some weird reason – probably because it didn’t fit with the rest of the tracks from the night – and I stood there SO hurt. I thought I had it. I really did. I was absolutely discouraged.

I had practically given up on finding it, hoping that one day God would just send me the song out of the goodness of my heart. And then it happened.

Yesterday I drove to pick up two of my children from school. Usually I plug my phone into my car and the last podcast I was listening to or whatever was on Spotify pops up. I didn’t do that yesterday. I just let the Bluetooth pick up the signal sent by my phone and let it go. And do you know what song he started playing??

Chapter 8″Ready for your love.“Who is Chapter 8? I’m glad you asked. Chapter 8 is a band from Detroit that at one time included Anita Baker, who sang lead on their self-titled debut album, 1979’s “Chapter 8.” You see, when “Ready For Your Love” came out – a song I’ve heard before because of the liner notes and because of the songs that sampled it – I recognized the female voice because who didn’t don’t like Anita Baker, you know? But then I started thinking, wait a minute…hmmmmm…was that Anita Baker singing on that song I loved? Certainly not. Impossible. There’s no way I spent years trying to find a song that fucking Anita Baker was the lead vocalist.

Yes it was. While Anita sings on “Ready For Love”, I pulled other songs from this group on the only available album and IMMEDIATELY focused on the song “I Just Wanna Be Your Girl”.

It was the song I had been trying to find for years. Everything fell into place, and I let out the biggest sigh of relief and started laughing uncontrollably in the car. The piano intro is still there, and the music is right, and the feel is there, and my God, it’s like a huge burden has been lifted from my soul. I’ve been listening to “I Just Wanna Be Your Girl” on repeat for hours now and I’ll never lose that song again. I forced my children to listen to it. Life is different today than it was yesterday.

I found my lost song and you can too. If you have a song you’ve been looking for for years, just know that I’ve found my true love song. Your song is out there looking for you, too.

Panama Jackson is a columnist at the Grio. He writes very dark things and drinks very dark liquors, and is rather classy for a lightweight guy. His greatest accomplishment to date coincides with his darkest accomplishment to date in that he got a phone call from Oprah Winfrey after reading one of her articles (the most important), but he didn’t. Didn’t answer the phone because the caller ID said “Unknown” (blackest).

Be sure to check out the Dear Culture podcast every Thursday on Grio’s Black Podcast Network, where I’ll host some of the most black conversations known to mankind. You might not leave the conversation with an Afro, but you’ll definitely be looking for your Afro Sheen! Listen to Dear Culture on TheGrio app; Download here.